If you already are set on this tentage and want a quotation for an itemised list, email us now. 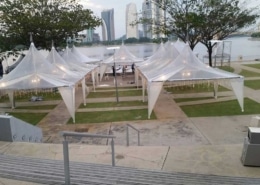 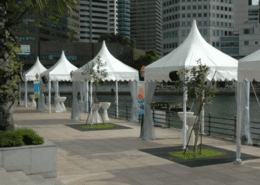 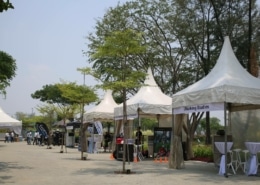 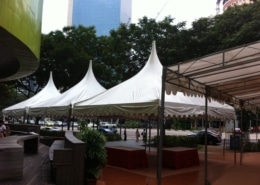 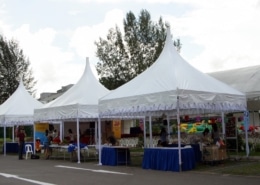 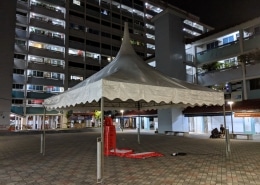 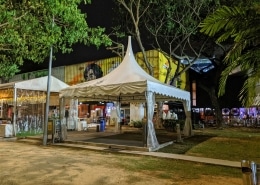 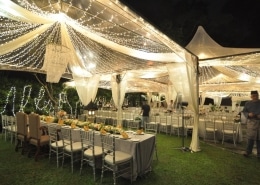 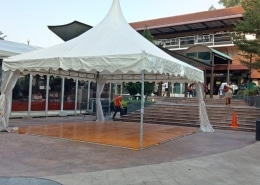 A gazebo tentage is a popular option for individuals or businesses keen on setting up multiple booths or stations for an event. Gazebo tentages also look more presentable and can be customised to add several equipment within. For a more complete list of accessories compatible, do look at the list below.

What is a Gazebo Tentage?

A Gazebo Tentage is a form of portable shelter which is usually used in carnivals, bazaars to host a store or a booth. It is one of the better-looking tentages with tout canvas and a pointed top. You can commonly see them being used for single booth events or even at fun fairs due to its square shape, making it a perfect space for a small store. While there are smaller portable and lighter gazebo tentages like this, the ones mentioned here are more sturdy and durable. It can withstand harsh wet weather and strong winds in Singapore. They also require more than one person to setup and can also house equipment such as inner linings to beautify the tent, Fans to cool the patrons within, lights and even rain covers.

Gazebo Tentages tend to be slightly more costly than other tentages such as a shaped tentages or single sloping tentages because they are harder to setup and dismantle. In addition, they look presentable with its taut canvas and pointy top.

If you are looking for a light weight variant of the gazebo tent, we have portable gazebo tents that are portable and easily deployed at any location. They come in 3 different sizes. More information can be found here.

Scroll to top
WhatsApp us